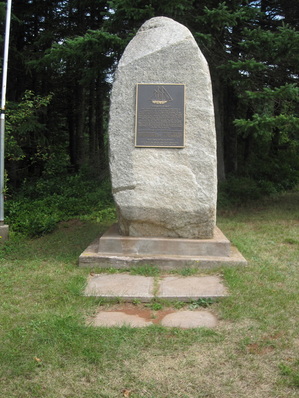 
​               In October 1851, there was a great storm called  “The Yankee Gale”. At the time there were hundreds of American schooners fishing mackerel in the Gulf. Before the storm subsided 90 ships and 160 men were lost. The battered bodies of those sailors were washed up all along the coast.

It must have been a terrible time for the local farmers on that Monday morning, after the wind died down, to find among the kelp piled high on the shore, the badly battered bodies of three sailors. There were also pieces of spars, barrels, hulls and sailcloth. They collected the bodies, wrapped them in what sailcloth they could find, and loaded them on a horse drawn cart. ---Now what to do? There were no ministers or lawyers to get advice from and the religion of the sailors was unknown.

The Travers family decided that the sailors should be buried in their family graveyard and so they were buried a little distance from Hannah’s grave, three bodies wrapped together in sailcloth. The exact spot was forgotten until 1966 when gravediggers unearthed their remains including pieces of sailcloth.

Before the end of October of 1851 twelve more bodies were found and buried in this graveyard. The exact location of their graves is still unknown.

The Yankee Gale monument was erected in 2013 as a remembrance of this tragedy, and how a community came together to remember their loss.

More information on the Yankee Gale:​ 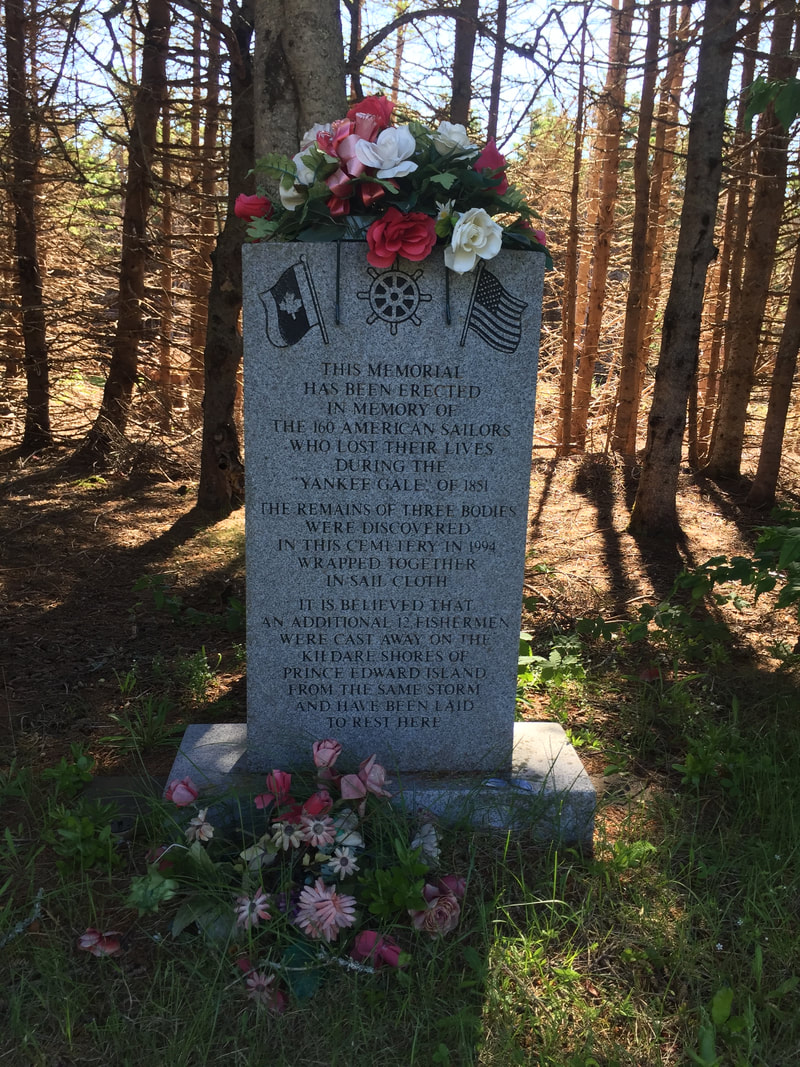